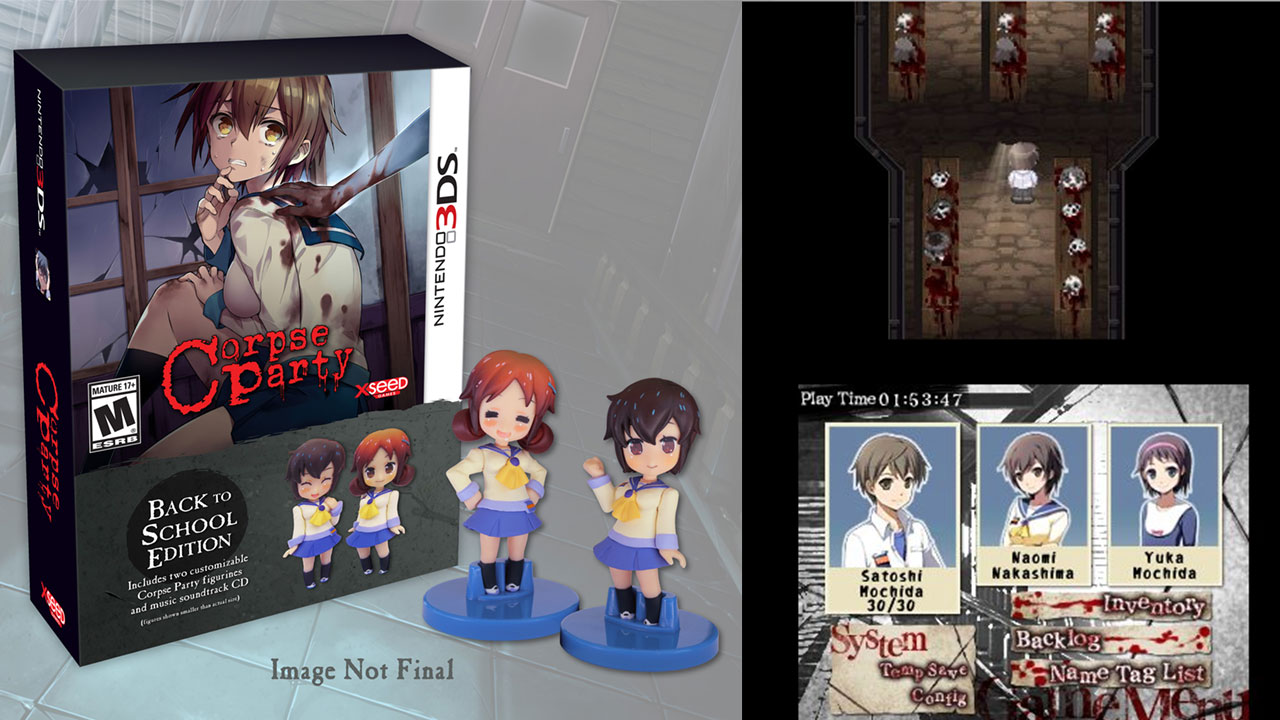 In the cult hit horror adventure Corpse Party, players take control of a group of Japanese high school students who inadvertently engage in a pagan ritual and find themselves inexplicably transported into a whole other space: an inescapable echo of a long-since demolished school building where a series of gruesome murders once took place. Remastered from the 2011 PSP (PlayStation®Portable) system release, the Nintendo 3DS rendition of Corpse Party will feature redrawn, high-resolution character sprites, newly arranged music tracks in binaural 3D audio, and 3D art stills, as well as four new Extra Chapters exclusive to this version that provide insight into lesser-shown characters and plot elements previously left unexplained.

Corpse Party for Nintendo 3DS will be released physically for the first time in English through a limited ‘Back to School Edition’ priced at $49.99, which will include high-quality miniature figurines of characters Naomi Nakashima and Seiko Shinohara, as well as a soundtrack CD containing nearly 80 minutes of music from the game not previously featured on the ‘Songs of the Dead’ compilation, including three tracks exclusive to this Nintendo 3DS version. In addition to the limited ‘Back to School Edition’ physical release, Corpse Party will also see a digital release in on the North American Nintendo eShop on Nintendo 3DS for $29.99. The title will also see a digital-only release on the European Nintendo eShop on Nintendo 3DS for €29.99/£24.99, as well as in Australia for $49.95 AUD.

Originally developed as an independent title by Team GrisGris and published by XSEED Games, Corpse Party will release for Nintendo 3DS in North America on October 25, 2016. The European version will launch on October 26, 2016. This title has been rated “M for Mature” by the ESRB, PEGI 18, USK 18, and R 18+ by the ACB.